Rail transport is a branch of land transport that has accompanied man since the 19th century. From the beginning, trains played a key role in the Industrial Revolution and ensured the fast and reliable transport of goods. Due to the high load capacity, railroads allow the transport of heavy loads over long distances. Freight costs decrease with increasing distance. Rail transport is also a very important element of global networks for transporting goods. It is often part of combined freight transport, which consists of transporting loads by more than one type of transport.

More and more often, pro-ecological solutions are required from transport companies. Intermodal transport allows you to create modern transport chains that combine two or more modes of transport into one system. It is based on nodes that are the contact points of various modes of transport involved in the movement of goods without changing the loading unit. The greater the number of nodes (land and sea terminals), the easier it is to access the connection network. In order for this method of transporting goods to function properly and efficiently, it requires appropriate infrastructure, i.e. a given logistic process. It will depend on him how many means of transport will be used, and in what order.

At Omega Transport, we organize the transport of goods by rail. We have experienced employees who will facilitate the formalities and find optimal solutions adapted.

Are you interested in our offer? Write to us! 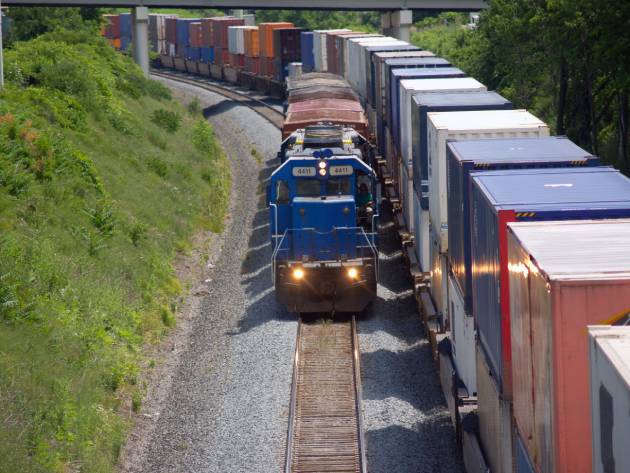 The annual number of kilometers traveled by the fleet

The number of continents we travel to